I drove up to the Woodford Folk Festival to record and photograph a number of artist performances including: Dya Singh World Music Group, The Bird, Mista Savona, Leah Flannigan, RedBantoo, Hermitude and Spankinhide. Most of the concert recordings were made taking a direct mix out from the console alongside a stereo pair of DPA4023s in ORTF a couple of meters above the mixing position inside a blimp. I shot some video from different positions during Hermitude’s show which they liked, and they ended up cutting an entire video from it for their track ‘Get in my Life’ which is viewable here 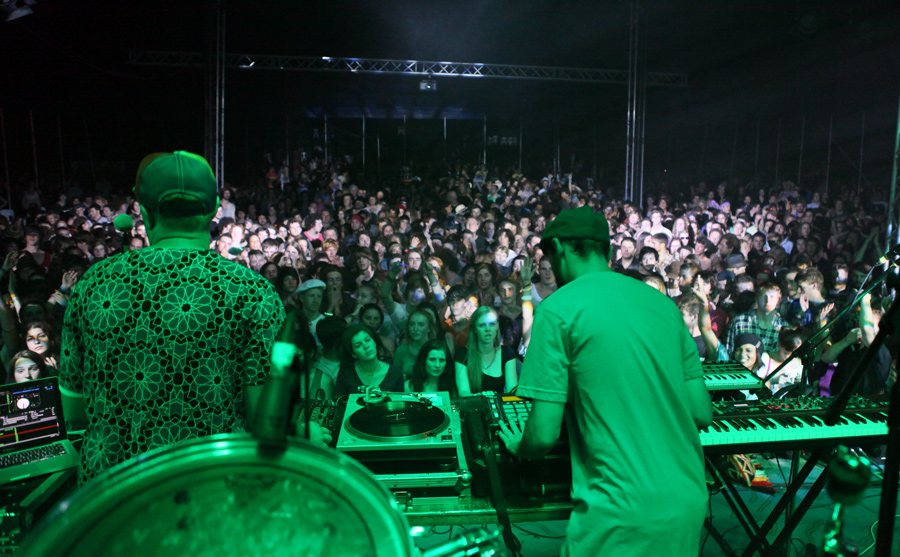