Sound Librarian’s Stephan Schutze ran his Recording Workshop again at the Docklands Studios and we were asked to film and record the event for a series of upcoming youtube clips. This year around 90 people attended and a quick headcount showed that around half of the attendees brought field recorders to the event, along with three Sound Devices 788T recorders and our Nagra VI. Factory Sound (on behalf of Amber Technology) were kind enough to bring a couple of DPA 4017B Shotgun microphones to the event so I quickly borrowed one and attached it for the day to my four channel IRT cross setup (4 x DPA4023s) turning it into a five channel rig. The chaps from Portfire Studios brought in a number of guns to record including a revolver, shotgun, uzi and assault rifle and after firing them had a great Q&A session. Stephan showed how the mic up two motorbikes using DPA4062 microphones, made a series of crowd recordings and went through a section of vegetable recording (for bone shattering effects and squishes). The day finished with a great discussion on hyper-realistic vs real sound use in film and looking forward to the third instalment next year. 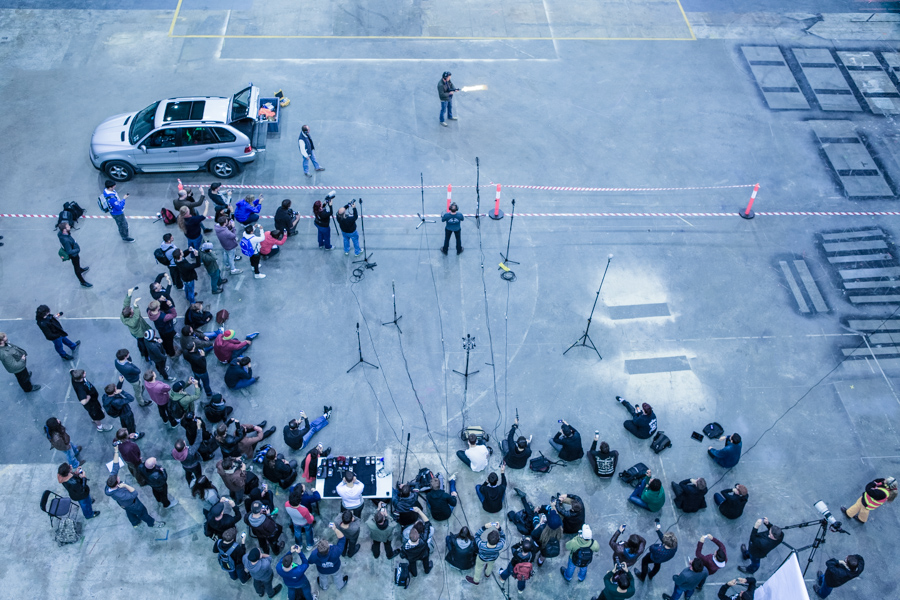